Our Board of Trustees

Our Board of Trustees come from a diverse range of backgrounds with considerable professional knowledge and expertise in our core areas of work including law, gender-based violence and human rights as well as the provision of specialist services to disadvantaged groups, strategic and financial management. 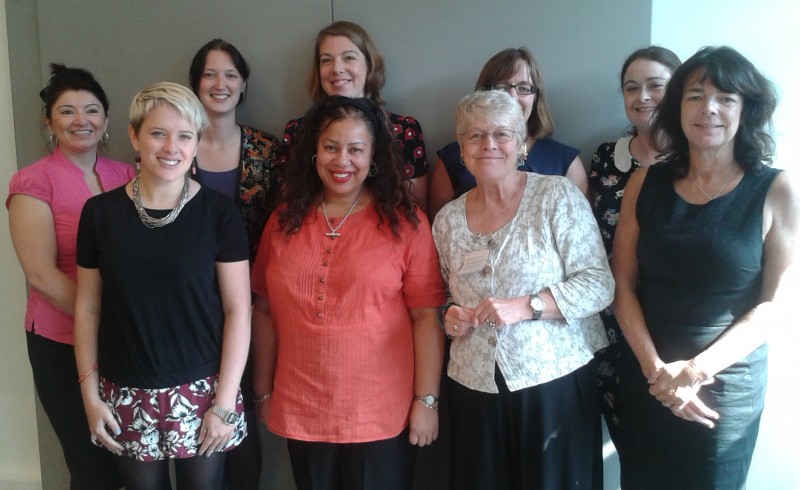 Annie is an Employment Tribunal Member as well as being the founder of EW group, a consultancy and training company established in 1992 which specialises in all aspects of equality and diversity, working across the public, private and voluntary sectors. The company has done a great deal of work in the NHS, in various parts of the criminal justice system, in local authorities and government departments as well as many national agencies. Annie has a PhD in organisational psychology and is a qualified executive coach.

Rebecca Jones is previously a Vice President at Royal Bank of Canada (RBC) working in Capital Markets.  Rebecca has worked in Financial Services for over 15 years, both in the City in London and on Wall Street in New York City.  She has experience in Risk Management, Portfolio Management and Business Development.  Rebecca previously sat on the committee of RWomen, an employee-led group within RBC, to support the advancement of Women within RBC and Financial Services.

Fiona became the CEO of Solace in October 2019. She brings with her significant experience working with and for women and young people’s protection with 17 years’ experience across the statutory and voluntary sectors. She has worked in Ireland, Peru, Mexico and Switzerland on human rights and international development and has spent the last 11 working explicitly on VAWG in the UK. She has most recently worked in Haringey as VAWG Strategic Lead and previously in Tower Hamlets where she initiated and led on VAWG work for three years. Prior to that she was National Children and Young People officer at Women’s Aid where she was involved in developing national policy guidance and resources on a wide range of domestic violence issues facing children and young people.

Patsy is an Assistant Chief Officer for London Community Rehabilitation Company (formerly London Probation Trust) and has worked in the Probation Service since 1990. Patsy has a strong interest in research and in the gang agenda in local communities and the particularly detrimental impact on young women involved in or affected by gang activities.

Lis Howell is a Professor of Journalism at City, University of London. She is currently best known for her research into the number of women interviewed as experts or authority figures on UK radio and television news programmes. She was also a Specialist Adviser to the House of Lords Select Committee on Communications which produced the report “Women in Television and radio News and Current Affairs” in 2015. Lis won a Royal Television Society award in 1989 for the coverage of the Lockerbie air disaster. She launched the channel UK Living, now the Living Channel, in1993. As a TV journalist she has covered everything from knitting to conflict as a field producer in the first Gulf War. She is a graduate of Harvard Business School’s Advanced Management Programme.

Annette is the Policy and Public Affairs Manager at the Royal College of Obstetricians and Gynaecologists, a membership body which works to improve women’s health care across the world. She has over ten years’ experience of working in policy, campaigning and public affairs, with a particular focus on women’s rights and equal access to healthcare. Annette has a strong academic background, including an MSc in psychology and a PhD on women’s involvement in politics in the late eighteenth century.

Mireille is a Senior Lecturer in Sociology and Human Rights in the Faculty of Humanities, Arts and Social Sciences at Regent’s University London. With a research background into refugee lives within an asylum and immigration policy context, she has an in-depth insight into the lived experiences of refugee women within the asylum system. She has also taught widely on gender politics, VAWG, human trafficking and feminism. In addition, Mireille has extensive knowledge of gender violence policies and processes, with a particular focus on women within the criminal justice system.

Kristina has just stepped down as the first woman Director of Cripplegate Foundation, a grant making trust established in 1500 which tackles poverty and inequality in Islington. In 2010 she set up Islington Giving, which brings businesses, residents, voluntary organisations and funders together to address inequality. This has inspired 20 other Giving models across London – the London’s Giving movement. Kristina has been an active supporter of women’s organisations ranging from ex prisoners organisations to mental health projects. She is an advisor to London’s Giving and is a member of the Goldsmiths’ Charity Committee.

Philippa qualified as a solicitor in 1991, initially specialising in domestic and family abuse in a legal aid practice. She later moved into personal injury and clinical negligence work, coming to focus increasingly on the rights of the individual against the state. From 2006 to 2017 she concentrated on developing innovative and effective approaches to making claims on behalf of service men and women against the Ministry of Defence in cases of injury caused by faulty equipment, harassment, sexual and racial discrimination and assault. This work included negligence in medical treatment, including for PTSD and in the use of medication such as the anti-malarial Lariam. She gave evidence in House of Commons Select Committee investigations into injuries in military training and Lariam. In 2017 she left her work in the safe hands of the lawyers she had led, became a non-practising solicitor and began her own training in psychoanalytic psychotherapy.

Katherine is a lawyer with the Government Legal Department. Prior to moving to the UK in 2017, Katherine worked as a human rights lawyer in Australia with a focus on supporting people diagnosed with mental illness. She worked in a range of areas including crime, migration, guardianship, tenancy, mental health tribunal and family violence. Katherine previously worked as a volunteer for the Mental Health Legal Centre and the Public Interest Law Clearing House in Melbourne.

Victoria is an experienced campaigner and policy expert with over 5 years of experience working both in the non-for profit, and private sector. She helped set up and co-found direct action feminist group Sisters Uncut, and has since worked in the European Parliament shaping policy on matters relating to human trafficking, domestic violence and the Green New Deal. She currently worked full time at London First, leading on green policy and advocates for corporations to be more ethical and sustainable in their business models. Victoria previously interned at the Human Rights firm Hodge Jones & Allen and worked as a Campaigns Officer for Youth Access where she trained 18-25 year olds on the law and their access to specialised mental health services.

Kat specialises in immigration, human rights and public law. In 2011 she completed the Qualified Lawyers’ Transfer Test, (having been called to the Bar in 2008) to qualify as a solicitor and obtained her Higher Rights of Audience to qualify as a solicitor advocate in 2015. Having run a number of test case litigation influencing both immigration law and practice, Kat became one of less than 60 individuals to obtain the Level 3 accreditation under the Immigration and Asylum Law Accreditation scheme, and is an advanced immigration law practitioner. Kat Hacker has worked at the Helen Bamber Foundation since November 2017 as Head of Legal Protection. Previously she worked in a well-recognised legal aid firm for over eight years before moving to a private immigration practice prior to joining the Foundation.

Throughout her career Kat has always maintained volunteer work within the sector, volunteering at Camden Community Law Centre from 2013 until 2017 and now with Young Legal Aid Lawyers as part of their mentorship scheme.

In July 2018, Kat co-founded ILPA’s Well-being Working Group with the aim of raising awareness within the sector of the need to improve support to those working in immigration and human rights. With over eleven years’ experience of working in the sector, Kat is passionate about assisting the marginalised and vulnerable in society, to afford them an opportunity to have their voice heard and their cases fought tenaciously in a system pitted against the individual.